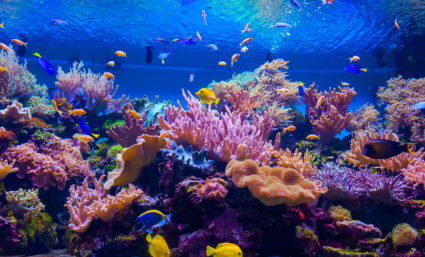 Let’s have a look at where things are now, and where they’re headed.

Office 2016 is the current and most recent version of the Office suite. You can have 32-bit, 64-bit, C2R (Click-to-Run) or MSI versions. That’s 4 different combinations of install options with reasonable impacts behind each. The more mature your company, the more likely you have legacy and dated software, which generally leads to one common combination of the four.

If you’re on a 32-bit version of Windows, then you’re stuck with 32-bit Office. Hopefully that’s not an issue for most, as 32-bit programs still work fine in 64-bit Windows.  It’s those outdated 16-bit programs that are more of a problem. With the 64-bit version of Office you can expect more memory space to use, which usually makes the finance department happy with their giant spreadsheets. Beyond that, users shouldn’t notice the difference.

Microsoft has been recommending 32-bit Office for a long time. More recently, articles are now telling you to choose for yourself rather than give a recommendation, but there was never a real push to look at 64-bit, and generally it was more trouble than it was worth to change. 3rd-party add-ins need to 64-bit to work on 64-bit Office, so having just one 32-bit only add-in means you’re stuck on 32-bit overall.

MSI also has been around for a long time, but Microsoft’s main focus is on their newer C2R version of Office. Updates come through a lot quicker for C2R, and fixes are often rolled out several months ahead of the MSI version getting the same update. MSI offers stability in the sense that changes are less drastic and frequent, plus they’re completely controllable patches. C2R offers you three options – monthly patches (Monthly Channel), six monthly patches (Semi-Annual Channel), and targeted six monthly patches (Semi-Annual Channel (Targeted) ) which deploy a few months earlier. It’s also worth noting that MSI versions of Office aren’t going to be a thing in the future, more on that below.

3rd-party vendors are the main problem here when choosing C2R. If a piece of software that relates to Office breaks from your monthly patches, you can roll back to the six month channel but you’ll probably lose some nice new features that the users like. If the vendor then doesn’t fix the problem in that six months, you’re screwed.

The result of the scenarios above for many organizations is 32-bit, MSI installs of Office 2016. It’s the safest, most compatible and controllable combination.

The Future of the Office Suite

Microsoft Office 2019 is on the horizon, and there’s a few key differences. There is no MSI version – C2R is all we are going to get. This means you need to understand update channels and how to manage them, as well as roll back if there’s an issue. You’ll also need to setup your pilot users or computers to find out about issues before they’re widespread. Deploying C2R may be different to MSI depending how you’re doing it too. On top of that, Microsoft seems to (based on preview documentation available by signing up to the Office 2019 Commercial Preview program ) be finally recommending 64-bit installs rather than 32-bit, which gives you something to point at for management, and help justify putting the extra effort into changing.

Of course, you could just stay on the Office version you’re on for even longer, but keep in mind the support dates of the version you’re on, along with the stability and security risks that come with that decision.